This plugin parses and extracts information from selected discussions and display the extracted information in the discussion list.

The choice of which discussions are processed and which information is extracted is controlled via the admin dashboard settings.

Typical use case: The discussion contains semi-formatted information pasted into the discussion body from another source and the forum audience is encouraged to react to that information.

For example, information about movies can be copied from Wikipedia or IMDB, and the forum admin wants to display the director and star names on the discussion list as well as an image of the movie (if one was included in the post).

There are two groups of controls in the admin dashboard:

Specific rule sets - these control the parsing and extraction of information into the discussion row of the discussion list. There are twenty such control sets, each indicated what to look for, what to extract, and how to display it. Each such control is can optionally be conditioned on specific discussion table field and value so that
(a) different extractions will be performed on different discussions, and
(b) allow for further limiting of scanning and thus reduce the overhead.

Assume a discussion about movies that has the following information:

Using two rule sets the director's name and the image of the picture will be shown in the discussion list.

Notes:
1. See the readme file for details on how to specify rule sets
2. See the attached screenshots for screens depicting the above example. 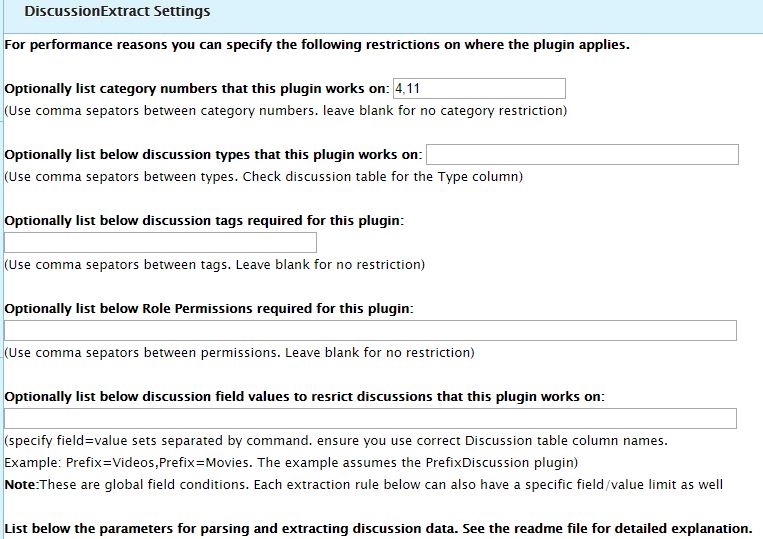 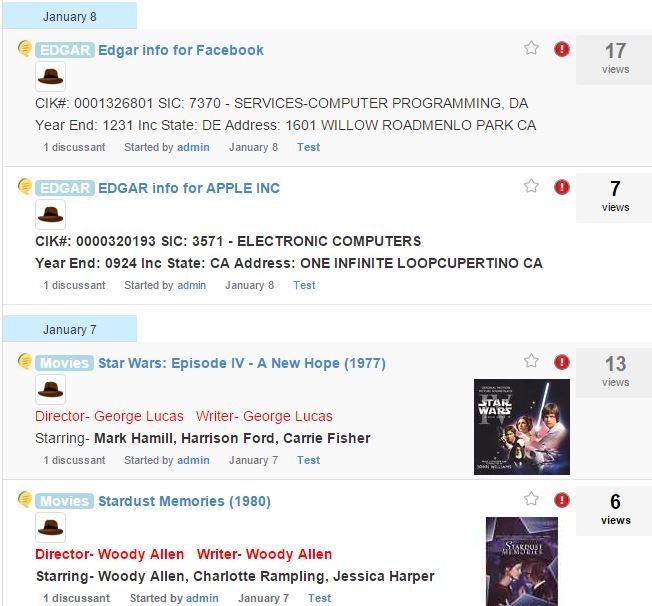 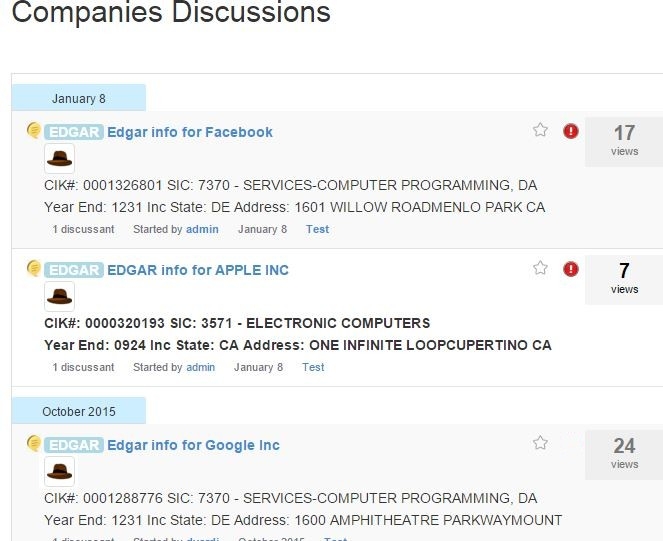 No questions yet.
Get Vanilla Now