How to block this spambot? The bot edits an old thread's OP, as user 0. That's all it seems to do.

Here's how its edits show up in the edit log: 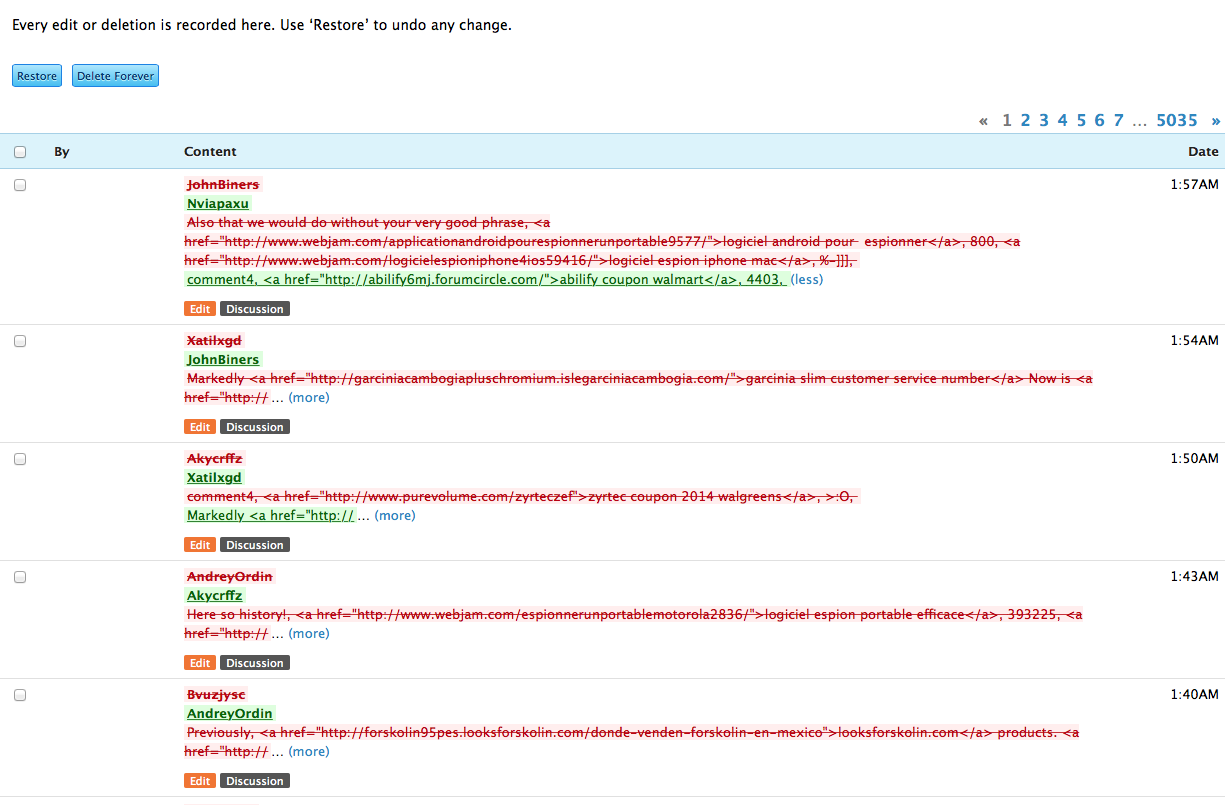 And here's how they show up in the database:

I've added the most obvious IP address range to the ban list like so, but it doesn't seem to stop it at all!