Converting from SMF 2.0.13 to Vanilla 2.8. The converter successfully generates a .txt.gz file, and Vanilla starts converting it. However, when it gets to the "Load Tables" step it throws up the following error: 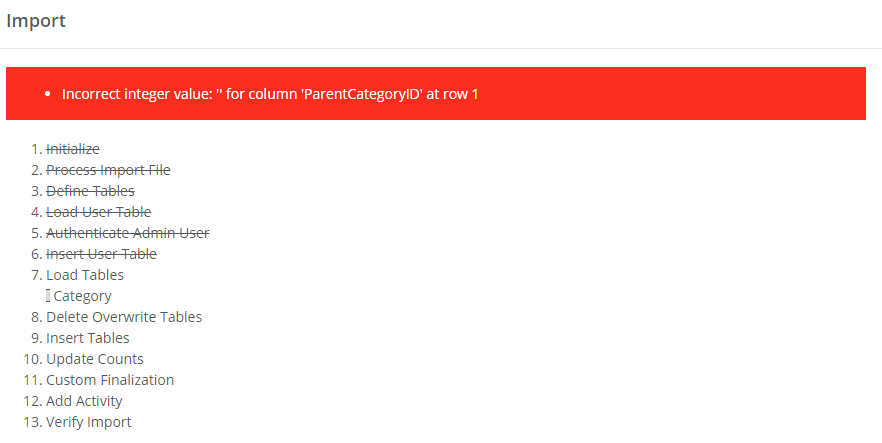 If I open the import file inside the archive and poke around in it, I find that it's getting stuck on my SMF top-level categories because they have a ParentCategoryID of "\N" (without the quotes):

Of course, SMF makes the distinction between "categories" and "forums", and it requires at least one top-level category to hold all your forums; I have two. And it makes sense - these are top-level categories so they don't have parents. But it seems that the output from the conversion script is something other than what Vanilla is expecting at import time. I know I might have used something other than "\N" to denote no parent.

I don't need these SMF categories to import as Vanilla "categories", but if I try to delete them from the Vanilla import file and then resave the .gz, Vanilla then can't parse the .gz and errors out at step 2.

I know I can't be the only one with this problem, but I've searched here and on Google and haven't found much. Any help would be much appreciated.