This discussion is related to the Category Selector addon.

Here is an icon for your new plugin 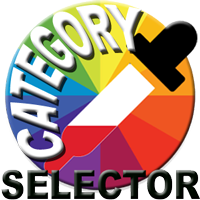